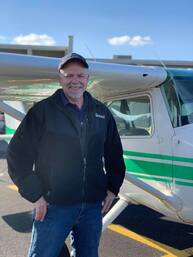 Craig Ulrich had always loved flying as a kid growing up.

After earning his Private Pilots License in his late teens, he then went on to school and became an A&P. While working as an A&P mechanic, he earned his Instrument Rating and Commercial Pilots license.

After a career in Construction, he came back to aviation in 2013 and earned his CFI and added a CFII in 2017.  Craig has been active as a part-time Certified Flight Instructor in the Mid-Valley since 2013.

He also serves as a Charter Pilot for Infinite Air Charter.  In addition to flying, Craig continues running his Construction Company, plays guitar and sings in a band, and enjoys fly-fishing.

Craig lives in Albany with his wife Joy. They have 3 grown children and 1 grandchild. 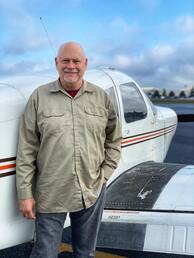 Mark Overholtzer grew up near an Air Force Base in Northern California. Being exposed to military aircraft flying overhead sparked his interest in aviation and the military from an early age.

Mark earned his private pilot license at age 19, then went into the Air Force after college, where he served as a navigator and instructor navigator on the Boeing KC-135 Air Refueling Tanker jet.

He earned his instrument, commercial, flight instructor, and multi-engine ratings while on active duty, and he has worked as a part-time flight instructor in the Salem/Albany area since his retirement from the Air Force in 2007.

At Infinite Air, Mark is a part-time instructor and Part 141 stage check pilot for private, commercial, instrument, multi-engine, and flight instructor ratings.  He is also a pilot for Infinite Air Charter, flying the Cessna 182 and T303 aircraft. When not instructing,

Mark enjoys working on projects around the house or restoring classic cars. 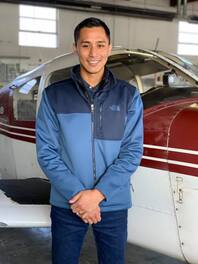 Ken Onoda wanted to be a pilot since he was 3 years old.  After graduating high school, he enrolled in a four-year university in Japan for a degree in mechanical engineering, which allowed him to go to Nebraska for the last two years of school. He earned his private, instrument, multi-engine, and commercial pilot license at the University of Nebraska at Kearney.

After graduating, he decided to stay in the United States for his aviation career. He moved to Corvallis, Oregon where he earned his CFI, CFII and MEI in 2014, and became an instructor.

He became the Chief Flight Instructor at Infinite Aero Academy in November 2017.

When he isn't flying, he enjoys reading, exercise, watching movies, and traveling with his wife, Ellen. 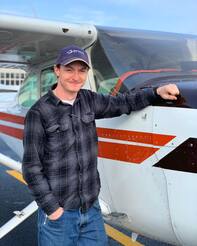 Devin Burroughs grew up in a family of aviators, going back four generations.

He started flying his senior year of high school. Shortly after graduating his Aunt and Uncle bought a beautiful Cessna 172. He earned his Private Pilot Certificate a few months later. He continued on and earned a Commercial Instrument Certificate followed by CFI and CFII Certificates.

Now currently working as a full time Flight Instructor for Infinite Air Center. He attributes a lot of his success to his dad, two uncles and aunt, who all are private pilots. He now gets to share his passion for flying with new students of all ages.

Every day Devin strives to be the best instructor he can be, to promote aviation as much as possible especially with youth.  Devin volunteers as an Angel Flight Command Pilot, Search and Rescue Pilot, Albany Airport Advisory Commissioner, and the local Young Eagles Coordinator.

Though only 23 his commitment to bettering aviation is unparalleled.

When he is not instructing, he enjoys reading, running, and spending time at the airport with his family.